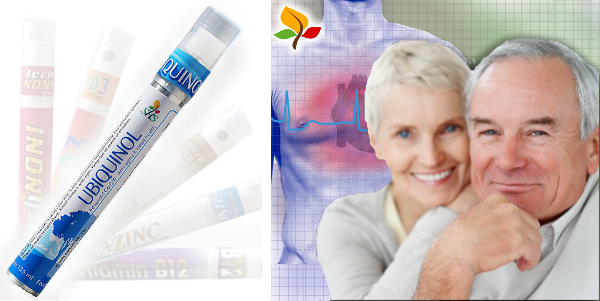 Ubiquinol Super Health spray is the highly efficient and convenient way to support your heart health and slow down your ageing. It contains the best quality Ubiquinol on the market. Ubiquinol is the most bioavailable form of CoQ10  (i.e. a non-oxided active form) which generates the cellular energy. It is also a powerful antioxidant used by body to neutralise free radicals and decrease cellular damage.
What can be confusing for some people is that there are two forms of CoQ10: Ubiquinone which is the oxidized (unreduced) form and Ubiquinol – the active (reduced) form of CoQ10. Your body naturally produces Ubiquinone and then converts it to Ubiquinol.
In the plasma of healthy humans, more than 90% of CoQ10 exists in the reduced form – Ubiquinol.
Studies have shown that Ubiquinol  is up to 6 times more effective than Ubiquinone in increasing blood levels of CoQ10 in the body.

Ubiquinol sprays: Get Fuel for Your Heart!

Super Health Ubiquinol spray will provide your cells with the steady source of energy (ATP) needed for cell growth and maintenance. Ubiquinol – the active non-oxided form of CoQ10 which provides essential energy for your cells and protects them against oxidation stress. The spray’s solution is particularly of great benefit for those who take statin drugs on a daily basis and elderly people. Having based on the patterned way of delivery, Ubiquinol Super Health Spray is also a unique way of supplementation that brings this important substance directly to your blood stream at the highest rate of absorption. Each spray contains 240 doses of Ubiquinol: 1-2 monthly supply of servings (0.4.ml each). If you are looking for the effective, absorbable and advanced form of CoQ10, Super Health Ubiquinol is the answer. 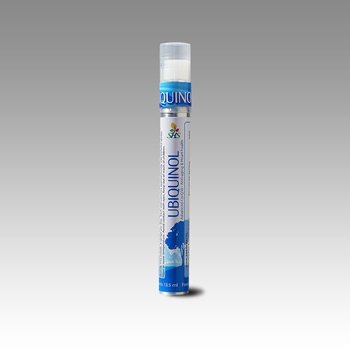 Ubiquinol is the active form of Coenzyme Q10. This form is also reduced therefore Ubiquinol is more readily usable by your body. The benefits of Ubiquinol are enormously superior. Below there are some key advantages:

Longer Lasting Effect
Better Absorption
Advanced Anti-Aging Property
Lesser Dosage Needed
Longer Lasting Effect
Ubiquinol has the ability to remain biologically active in the body much longer. A study showed that after eight hours blood concentrations of Ubiquinol was 3.75-fold greater compared to the same amount of ubiquinone. (Yan J, Fujii K, et al. Exp Gerontol. 2006 Feb;41(2):130-40.)
Better Absorption
Ubiquinol is the reduced form of CoQ10 therefore it also has the superior absorption compared to ubiquinone.
Advanced Anti-Aging Property
The superior absorption and ability to remain bioavailable over a greater sustained time period may account for the unprecedented anti-senescent effects observed with new ubiquinol compared to ubiquinone.
Lesser Dosage Needed
For increasing CoQ10 levels in blood plasma, you need eight times more ubiquinone compared to what can be achieved with much lower doses of ubiquinol. As studies proved, lesser amount of Ubiquinol provide greater effects because it is absorbed much better and remains in the bloodstream much longer than conventional ubiquinone.

Super Health Ubiquinol spray’s formula offer best quality higher-absorbing ubiquinol which has been shown to be absorbed significantly better than the most formulation on the market. Even a lower dose of this ubiquinol spray can be of benefits in those suffering from advanced cardiac disease. It may be possible to significantly reduce ubiquinol dosing and still maintain high CoQ10 blood levels.

Ubiquinol is important because it is the only lipid soluble antioxidant synthesized in the body. Age and other factors affect our body’s ability to produce CoQ10 and convert it to Ubiquinol. Many studies demonstrate that a low level of both forms of CoQ10 in the body leads to:

Some commercial companies claim that taking more ubiquinone can help obtain the same benefits of ubiquinol. However, there are irrefutable evidence of advantages of taking the ubiquinol form of CoQ10 compared with conventional ubiquinone. For example, ubiquinol was shown to absorb into the bloodstream up to eight times better in patients with Parkinson’s disease. It also reduced fatigue 90% more effectively and slowed aging up to 40% better in mice. Dr. Langsjoen, the world’s foremost expert in the use of CoQ10, found that advanced heart failure patients got significant clinical improvement in response to 450 mg a day of ubiquinol that helped to reverse the course of the disease. At the same time, Dr. Langsjoen

reported that high-dose ubiquinone was ineffective for advanced heart failure patients. His findings provide the crucial evidence of the superiority of ubiquinol CoQ10.

It is noteworthy that if a product’s label does not specify form of CoQ10, it is likely that this product contains Ubiquinone – cheaper and less bioavailable that Ubiquinol.

Why You Need Ubiquinol

Taking Ubiquinol (CoQ10) supplements has proven to strengthen a body defence against oxidative stress and age-related diseases. Natural production of CoQ10 in the body decreases with age that starts significantly progressing approximately around 40 years of age while ageing is associated with less cellular energy that subsequently diminished protection against oxidation. Without supplements our aging process only accelerate. 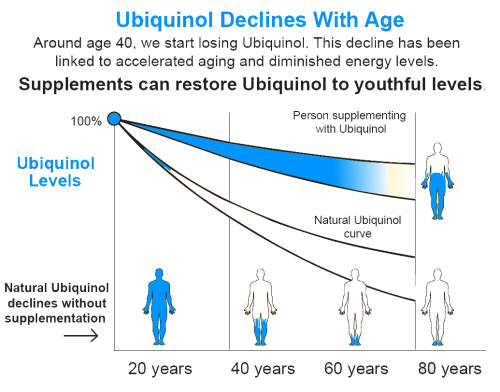 CoQ10 is also vital for your heart functioning as the main source of energy for your heart muscle. Unfortunately, as studies show, commonly prescribed statin drugs can reduce levels of coenzyme Q10 by up to 40%. Long-term use of statin medications can increase risk of nerve damage and the breakdown of muscle tissue causing fatigue, muscle aches, and exhaustion. By contrast, clinical trials indicated the beneficial effect of Ubiquinol on health conditions. In particular, Ubiquinol appears

tissue causing fatigue, muscle aches, and exhaustion. By contrast, clinical trials indicated the beneficial effect of Ubiquinol on health conditions. In particular, Ubiquinol appears to be of critical importance for patience with Congestive Heart Failure (CHF).

A joined study between Tsukuba University and Waseda University showed beneficial effects of ubiquinol supplements on middle-aged and elderly women. After an eight-week period of supplementation with 150 mg ubiquinol per day, subjects demonstrated significant improvements in their mental and physical health. One of the findings was that ubiquinol was more effective than ubiquinone in raising CoQ10 levels in the liver.
Scientists have evaluated the ubiquinone and ubiquinol blood levels in different age groups and found that, not only do aged subjects have reduced CoQ10 biosynthesis, their ability to convert ubiquinone to ubiquinol is also diminished. This decrease in CoQ10 is associated with many of the age-related diseases such as the varied forms of Cardiovascular disease, Neuro-degenerative disease, Cancer, Diabetes, Fatigue and the decline in stamina and energy often associated with ageing.